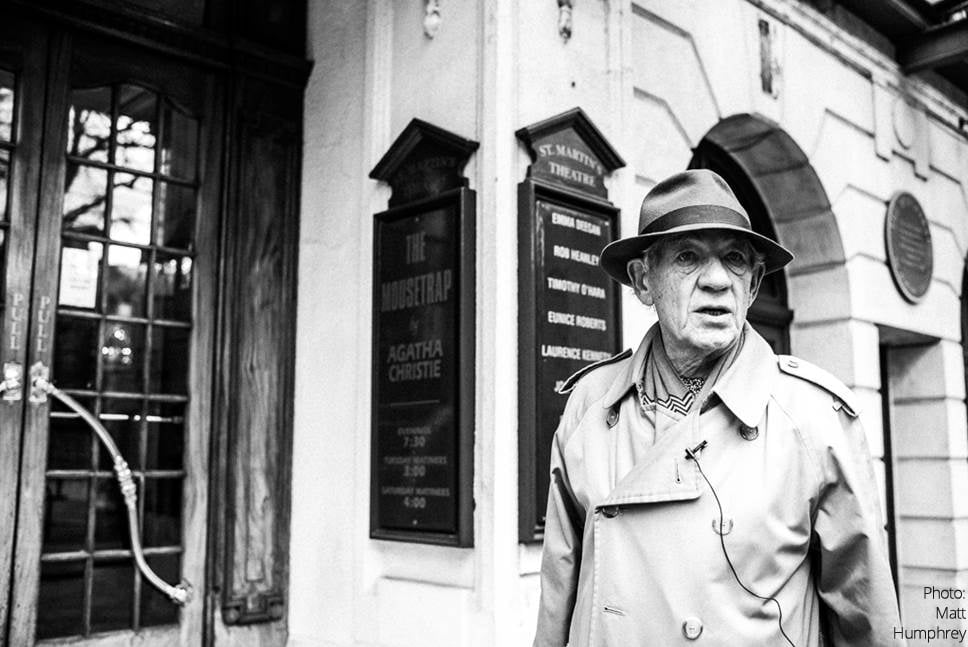 This May, Sir Ian McKellen is directing a performance 52 years in the making. It has only one star: you. To take up your role, you need just four things: curiosity, a smartphone, some trusty headphones and VoiceMap for Android or iOS. Your stage is London’s Theatreland.

“You shall pass!” or so says Ian McKellen in this trailer for the audio tour.

Over the course of an hour-long walk produced by Official London Theatre, McKellen will guide you through the West End’s historic alleyways, bustling streets and public squares. Along the way, he’ll share some of his own story too – and because McKellen first appeared on a West End stage in 1964, 52 years ago, it’s safe to say that his is a story more intimately connected to Theatreland than almost any other.

To find out when the audio tour launches, enter your email address into the form below. You’ll also be the first to know about a Theatreland flash mob at Leicester Square and a series of ticket giveaways for West End shows. If you are a journalist or blogger and would like advance access to the audio tour, please send a message to [email protected].