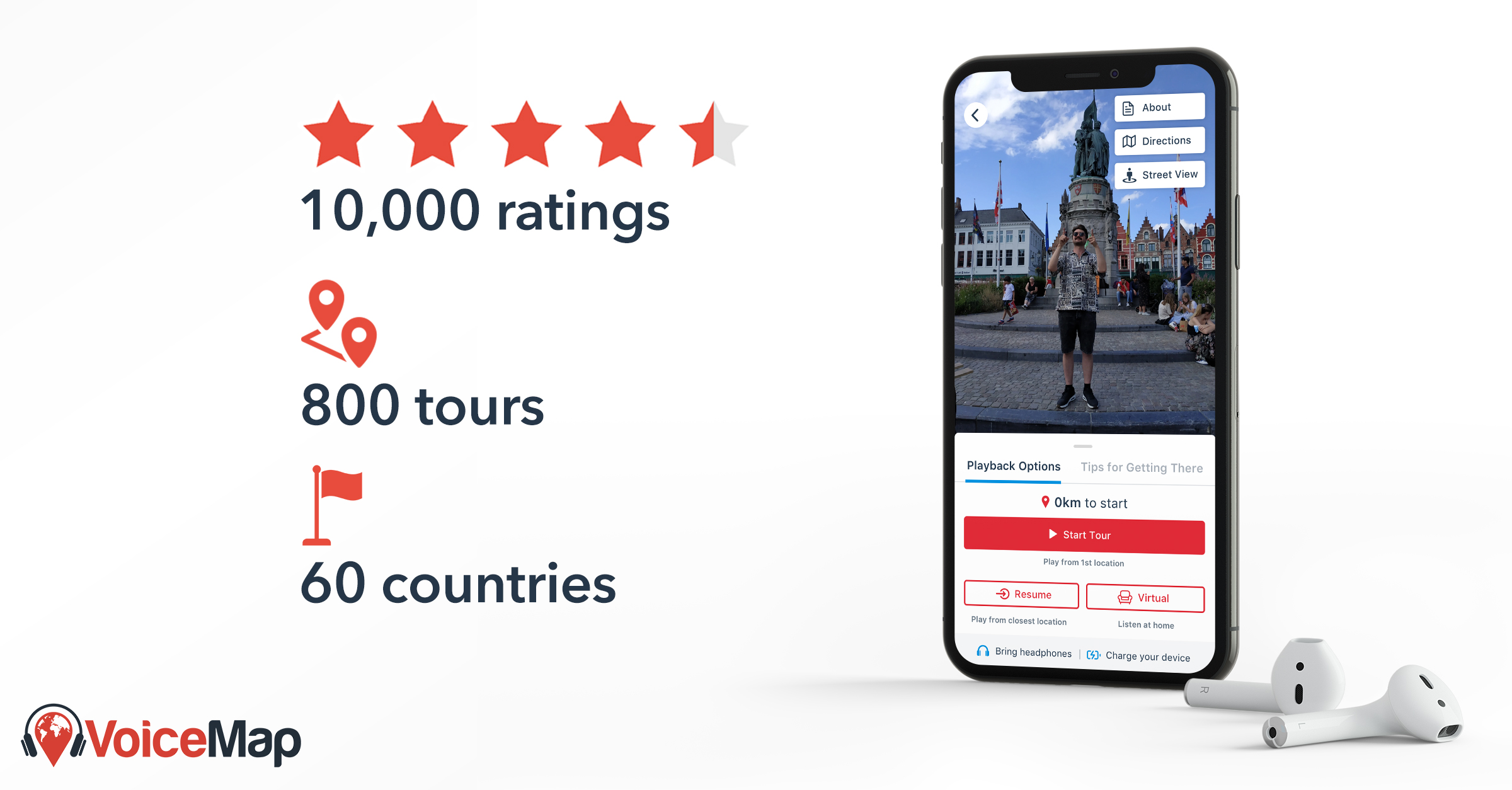 VoiceMap reached a few milestones this month: we published our 800th tour, then we extended our reach to 60 countries with our first walk in Belgium, and yesterday we reached a total of 10,000 ratings across all the tours on the platform.

Ten thousand is a weighty number, but we only consider it an achievement because the average rating is 4.6 out of 5 – and instead of going down as we grow, that average is going up.

There have been 552 one and two star ratings so far, and we’ve looked at all of them closely, in addition to contacting the users personally to ask what went wrong. Our new features are often responses to what we learn, but these improvements wouldn’t help much if we weren’t building on top of compelling stories and clear directions. It’s actually the publishers in between these three milestones – tours, countries, and ratings – that are most important, even if the work they do with VoiceMap’s editors is tricky to measure. Without their knowledge, passion and appreciation for all the craft that goes into a five star tour – as well as their trust in our process – we couldn’t delight our users, and then get them out on another tour.