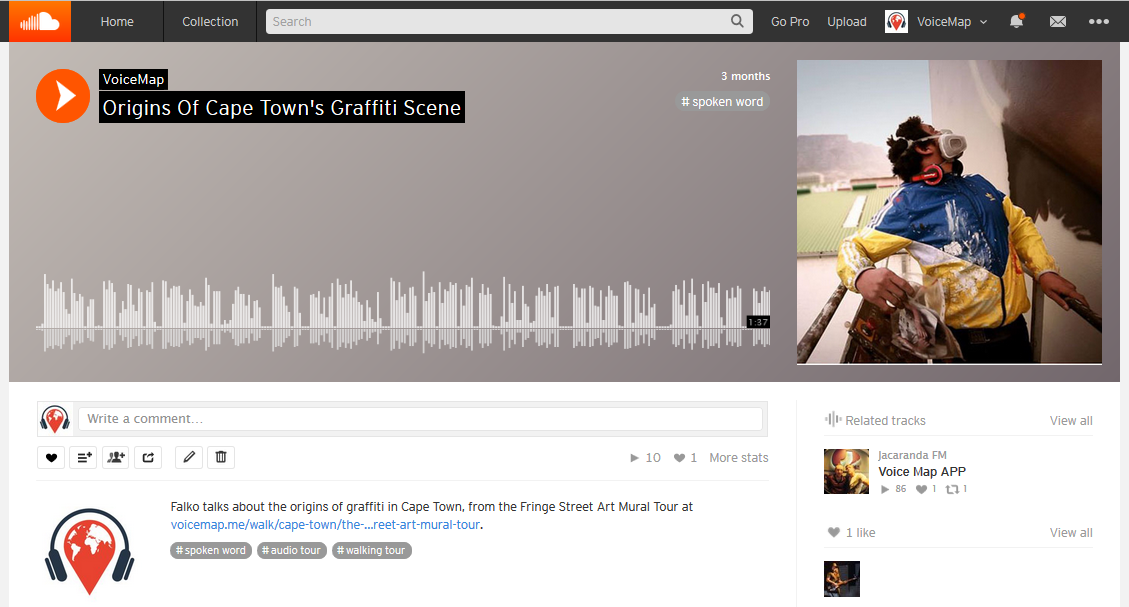 If you’ve ever shared something you created online, you’ll probably have experienced the positive network effects for yourself. But how do you go beyond your personal sphere of influence, and into the world? VoiceMap’s major sources of both visitors and customers are Facebook and Twitter, and here we give you a few tips on how to optimize your interactions on social media.

Images are everything when it comes to sharing. A great image whets your audience’s appetite for exploring a new neighbourhood – or for revisiting an old one, with fresh eyes. If you’re nearby, travel to your tour’s location with a camera. Find new angles for your new audience. Create an album on Facebook that reflects the tone of your route. There are plenty of free image editing services online that will give your post an edge. 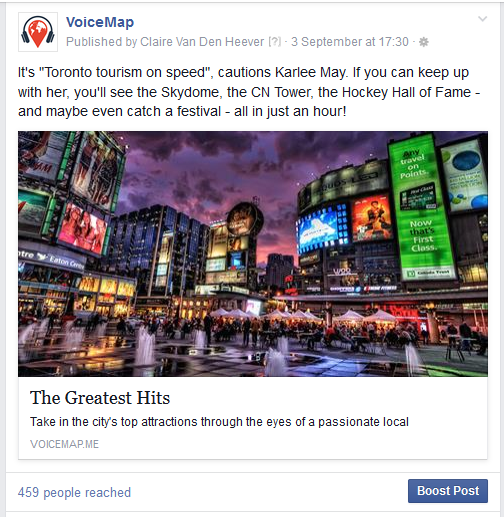 These give readers a taste of your tour’s tone, and inject a bit of colour into a short summary of what it’s about.

If your title is catchy and gives people a sense of the tour, they’re more likely to try it out and share it. Renaming your route is easy. Just log into VoiceMap and edit the title.

Everyone has their own tone of voice on social media, but if you’re going down the self-promotion route, make it count. Rather than coyly saying “This is my new audio tour…” give your friends or followers a taste of what the tour’s about, and what makes it interesting – or why you found it interesting to create. The fact that it’s yours alone will interest at least some of them, but it’s unlikely to encourage their friends, acquaintances, or complete strangers to download or buy it. This is even more the case with Twitter. Very few strangers will (re)tweet something about an audio tour they know nothing about. When posts are interesting in their own right, people share them to a larger audience, and suddenly your potential customer base is that much bigger.

This is obviously down to personal preference – and incessantly tweeting or posting about the same thing can easily come across as spammy – but there’s no reason not to remind people that your audio tour exists every now and then. It’s not like news that becomes old, or a product that goes out of stock, and if you consider how quickly a tweet disappears into the Twitter verse, even one audio tour tweet in ten is unlikely to reach the same people. Facebook feeds move similarly fast, but the more popular the post, the more people’s feeds it will appear in. 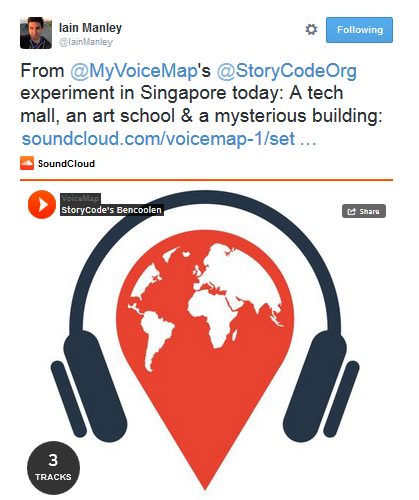 Check out these tips and templates for writing a press release to promote your audio tour.

Reddit is another powerful platform where engaging, descriptive text can attract thousands of eyeballs, but most sub-reddits require that self-promotion be kept to a minimum. If you’re already a Redditor, why not give it a try?

Google Plus isn’t the greatest platform for encouraging engagement, but it is owned by Google, which means that the links to your audio tour are automatically worth that little bit extra.

If you’re posting from your Facebook business page and tag us (@VoiceMap) in the post, we’ll gladly share your post with our page’s fans. If you’re posting from your personal Facebook page, we won’t receive a notification when you mention VoiceMap, but feel free to post to our wall (which displays as a Visitor Post), so that we can give you some support. Twitter is a simpler matter: our handle is @MyVoiceMap.