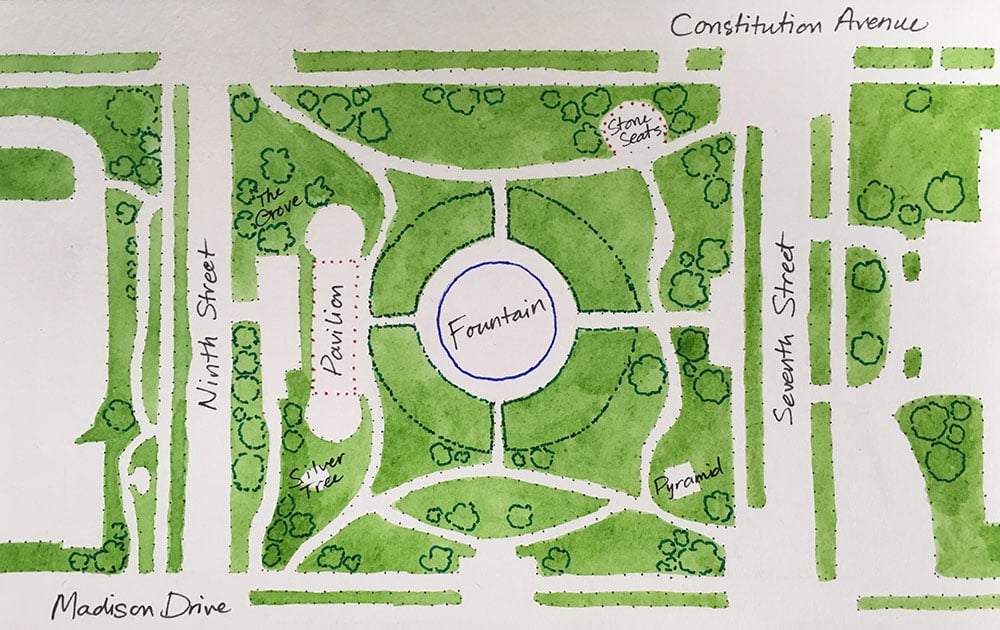 Kate Gorman is a storyteller with a background in theatre, film, and writing novels. She’s passionate about sci-fi, virtual realities and, naturally, Star Trek. To her, getting her own holodeck – a virtual reality facility from the Star Trek Universe, often used for participating in interactive stories or recreating familiar environments – would be a dream come true. But sadly, we don’t live in the future yet and creating such a device would cost a lot of money, so instead she used what is available to her : location-aware, GPS storytelling. Making use of a real-world environment, she produced a four-episode audio walk series in Washington D.C. using VoiceMap’s storytelling platform, creating a sensory experience that is similar to what someone in a virtual, interactive reality might have.

VoiceMap’s platform allows you to attach audio to a GPS location and map out a walk that’s downloadable on a smartphone. All the listener needs to do is put on headphones, follow the storyteller’s voice, and immerse themselves in the environment and story. A phone’s GPS device knows exactly where the listener is, ensuring directions are site-specific, making the listener feel as if someone is watching over them.

There are debates about the literary quality of storytelling in games and interactive fiction (IF) – software that simulates environments for characters to interact with – has been around since the 1960s. As opposed to a story being added to a video game, the focus of IF is on the story itself, sometimes only using text as an interface. But what makes these storytelling experiments appealing is participation. The user actively engages with the plot, watching the environment change as the story develops. Instead of simulating this experience, why not use the real world as a sensory background for your story?

Kate Gorman’s Greenway Quartet walk series – consisting of four episodes, “The Moongate”, “The Summerhouse”, “The Water Garden”, and “The Grove” – does exactly that. It follows the main character on a quest: first to find her former classmate Dorine, and then deep into an investigation about a mysterious phenomenon encountered in D.C.’s geometrically laid out gardens. Kate’s narrative enhances the geographical sensory experience throughout the series of walks, which is what makes it so enthralling. By playing with things that might or might not be there, the listener truly feels as though they are taking part. It’s like they’re a character in a game, but it’s real life.

Although it may sound obvious, the philosophy of psycho-geography suggests that the real world stimulates the senses more intensely than a virtual one. According to Wikipedia, psycho-geography is “an approach to geography that emphasizes playfulness and ‘drifting’ around urban environments.” And Kate has a keen interest in this philosophy. “There are theories in psycho-geography contending that the built environment influences human behaviour and their emotional states,” she said during a presentation for StoryCode D.C. “For example, a plaza can feel very welcoming if it has shops and cafes and people strolling around. And a very similar plaza but surrounded by government buildings that have a lot of high security can feel very forbidding and isolating. I try to tap into these feelings within the narrative, either reflecting or heightening the feeling of an area or subverting it by evoking the opposite feeling.”

A computer game can’t simulate our sense of smell, but location-aware storytelling brings all five senses into the story. If the narrative is site-specific, you can change the way your listener thinks, feels and acts, without using complicated or expensive simulation technology. Just think of the listener as both protagonist and player, and the environment as your game design.

Would you like to create a location-aware audio story with VoiceMap?

This storytelling tutorial will help get you started, or contact VoiceMap’s senior script editor on [email protected] for more information.