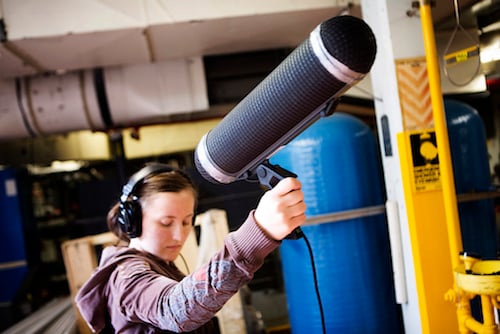 It’s not just a great story that makes a tour. Tasteful sound design and the right choice of music can go a long way to helping bring your tour to life and further immerse your listener in the journey you’re taking them on.

But knowing where to find the right royalty-free sound or track is not easy if you don’t know where to look. So we’ve put together a list of resources where you can find great sounding, useable and best of all, free material.

Once you have the sounds or music you want, you can email them over to your editor. Our audio editors will edit and mix in the sounds for you.

END_OF_DOCUMENT_TOKEN_TO_BE_REPLACED

What does all of this have to do with travel apps? In a city where local startup Soundcloud has office space next door to Twitter on a campus that “straddles” the Berlin Wall, you’d expect technology to offer something better than a guide book. And it does. There are apps that help you find vegan restaurants and street art by Banksy. You can listen to daring escape stories using a dedicated Berlin Wall app, take an audio tour with us, using VoiceMap, or find a more adventurous way to get from A to B using Komoot. END_OF_DOCUMENT_TOKEN_TO_BE_REPLACED